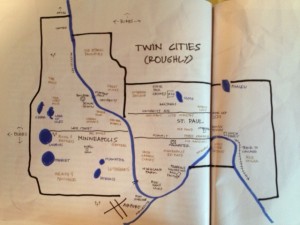 When I think of National Geographic magazine, I think of exotic locales and subjects like Icelandic volcanoes, African pygmies, and remote Tibetan villages (are there any other kind?). 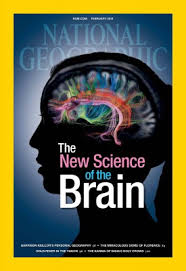 Not the Twin Cities and its denizens.

The current issue (February 2014) features simply one of the best pieces about Minneapolis – St. Paul — by one of the area’s most talented native sons, Garrison Keillor — I’ve ever read.

No amount of excerpting would do justice to Keillor’s beautiful, surprisingly intimate reminiscences about his upbringing and adult life here (not mentioned in the article:  Keillor has a second home on Manhattan’s Upper West Side — or did).

But, here are two of my favorites from “There’s No Place Like Home”:

“The great American myth is the hero who leaves home to remake himself in another place: James Gatz leaves North Dakota to become Jay Gatsby of West Egg, Long Island; Robert Jordan leaves his teaching job in Montana to fight in the Spanish Civil War; Huck Finn took a raft, Dorothy flew off in a tornado, Sister Carrie rode the train, Jack Kerouac hitched rides”and so forth”but in my experience the Cities have been quite roomy enough for a restless, impulsive person to live his life. I never felt stranded here.

After the university I spent part of a summer in New York City, thinking that a young writer ought to be there, but squalor did not appeal to me.  I decided that Minnesota was a better place to be poor. You can go to your mother’s for a huge supper, and even if she doesn’t approve of your life, she’ll send you home with a big bag of vegetables from her garden. Also it was a better place to be original”behind the scrim of Midwesternness, the myth of the placid, backward hinterland”than in ferocious Manhattan.”

“So how was it to grow up in the Twin Cities?” they say. “Oh, you know. It could’ve been worse,” I reply. We are not braggarts and blowhards back where I come from. But if you want to know the truth, I feel understood there . . .  I was not a good person. I have yelled at my children. I neglected my parents and was disloyal to loved ones. I have offended righteous people. People around here know all this about me, and yet they still smile and say hello, and so every day I feel forgiven. Ask me if it’s a good place to live, and I don’t know”that’s real estate talk”but forgiveness and understanding, that’s a beautiful combination.”

Keillor’s piece is notable for some other tidbits — and a confession or two.

–As a young adult he shoplifted an unabridged dictionary “the size of a suitcase” from Dayton’s (now Macy’s), and has been nervous about setting foot in the store ever since.

–He deplores skyways, the grid of enclosed, second-story bridges that criss-cross almost all of downtown Minneapolis and much of downtown St. Paul.

–Keillor’s alternate name for Lake Minnetonka is “the prairie Riviera” (I’m also a native, and have never heard that one before — but I like it!).

–Both his parents passed, peacefully and at home, in the front bedroom that he grew up in.

–He drives a fancy, BMW sedan (otherwise, that’s a rented one he’s pictured in).  Somehow, I’d always imagined Keillor in a Volvo, or maybe an old Porsche.

He gets one or two things wrong — he places Minneapolis’ Tangletown neighborhood just Southeast of downtown Minneapolis, when it’s actually much further South.

But, he gets many more things right, like labeling Uptown “Young & Restless” and Minneapolis’ Seward and Longfellow neighborhoods “Genteel Bohemia” and merely “Genteel,” respectively.

In sum . . . If you’re a Keillor fan, and have more than a passing familiarity with the Twin Cities, you owe it to yourself to read the complete article.

And yes, it’s a kick to see various “exotic” Twin Cities locales captured in the half-dozen or so gorgeous National Geographic photos that accompany the piece.