If the U.S. government handled the housing crisis the same way it treated Wall Street after the 2008 financial crash (emphasis on “treat”), here’s what would have happened:

1. It would long ago have purchased — at inflated cost(!) — the homes of every underwater homeowner in the country;

2. It would then have given such “liberated” underwater homeowners interest-free loans — OK, make it .02% — to buy new homes.  Or not — the money would have come without any strings attached (see, “TARP — U.S. banks”).

3. To support the housing market going forward, it would commit $80 billion per month — what it has earmarked for U.S. bonds, as part of QE III (“Quantitative Easing”) — to buying homes, at full list price, on the open market.

Sadly . . . incredibly . . . if the government had done/committed to doing all of the above for housing, it would still have spent much less money bailing out homeowners than it did 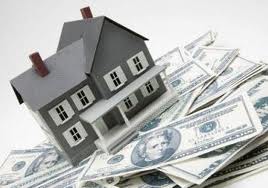 And the economy — not to mention the housing market — would doubtless be in better shape (I’m not so sure about Wall Street).

“Back of the Envelope” Calculations

Including the cost of direct capital infusions, various “alphabet soup” loans, guaranties, etc. extended to the Too-Big-to-Fail financial institutions, estimates of the total cost to bail out Wall Street range from $6 – $8 trillion(!). 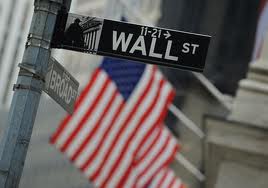 Of course, that assumes that many homes sell each month; in fact, existing homes are currently selling at a pace of only 416,000 per month (5 million per year).

Yes, I know how fantastic (absurd?) all the foregoing seems.

But, it just serves to put in perspective the enormity of the unprecedented actions taken by the Federal Reserve and Treasury to support Wall Street since 2008.

To preserve the “apples-to-apples,” Wall Street-to-housing comparison, be sure to stipulate that the government pay full service commission on all the homes it purchases.

Total annual compensation — make that, “stimulus” — for the nation’s one million Realtors under such a plan:  $60 billion.