To Open an Account or Not
(That is the Question)

My son’s Bar Mitzvah (Jewish confirmation, sort of) is rapidly approaching, which means that a slew of checks — many of them from out-of-state relatives — isn’t far behind. 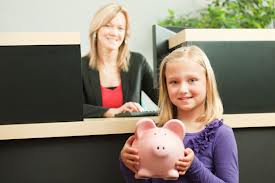 As a former CPA and bank auditor, here’s my inventory of “Pro’s and Con’s,” which I shared with my son (in Reader’s Digest form).

As you’ll see, many of the issues are double-edged (to say the least).

A bank vault — actually, a credit on the bank’s balance sheet — is theoretically safer than my son’s mattress.

However, if by “security” you mean “protected from loss or theft” . . .  you at least have to pause nowadays.

That’s because the biggest banks’ accounting is still highly suspect.  See also, “Out-of-Control Mega-Banks?  I’ve Got Your Problem Right Here (and Here, and Here, and . . ).”

Thanks to a light regulatory touch (and unofficial Washington policy), the practice of “extend and pretend” is alive and well at the so-called Too Big To Fail institutions.

Translation:  one or more may actually be insolvent, if they were forced to accurately state their assets (loans).

But, doesn’t FDIC insurance protect depositors (at least small-bore ones) against risk of loss?

Yes, but only if the losses nationally are miniscule (the FDIC is woefully under-reserved).

Hardly a week goes by now without reading of a major financial institution whose computer systems have been hacked, compromising their customers’ confidential data. 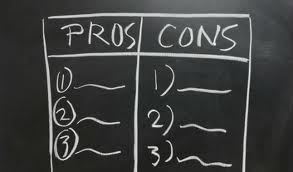 Granted, my 12 year-old doesn’t have much that can be stolen (yet).

But, the chances of having your identity ripped off when your money is “off-line” are exactly . . . zero.

And you don’t have the hassle of creating a User ID and Password, regularly changing same, safeguarding that info, etc., etc.

Speaking of zero . . . once upon a time, depositors were paid interest — however nominal — on their balances (remember those days??).

On the contrary, depositors have to be increasingly vigilant about stealth (and not so stealthy) fees.

OK, so this one is a little sophisticated for a 12 year-old (and some adults, no doubt).

But the textbook rationale undergirding a “fractional reserve” banking system such as ours is that, collectively, banks allocate capital from depositors to its most productive uses.

While some of that obviously still occurs, the practice at many TBTF banks today is simply to borrow from the Federal Reserve at

At least that not-so-little gambit (arbitrage, really) is straightforward.

By contrast, consider all the esoteric bets that big banks and other financial players engage in today.

About to be Obsolete? (and Not a Day Too Soon)

In case you’re keeping score, the “tally” against opening a bank account vs. opening one seems rather overwhelming.

So, why did I go ahead yesterday and open up an account for/with my son anyways?

Go back to all those out-of-state checks.

Today, at least, the simplest way for my son to turn those pieces of paper into local, usable cash (still pieces of paper, I suppose) is to:  a) deposit them into a local bank; b) wait for them to clear the funds with the out-of-state institution (typically, a few days); and then c) withdraw the money.

Hmm . . . might that spell an opportunity for the likes of PayPal, Visa/MasterCard, or some other financial innovator?

I certainly hope so!!

Now, investing a little Bar Mitzvah money in a company like that is something I’d endorse wholeheartedly.

P.S.:  Once upon a time, banks used to give incentives (like toasters) for opening a new account.

On a smaller scale, gas stations did the same to lure customers.

One of my favorite cartoons shows a gas station with a big sign in front promising “Free Mug with Fill.”  Down the street, the attendant (another anachronism) is chasing after a car yelling, “Hey!  Where’s my free mug?!?”