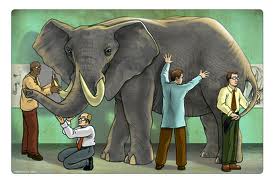 “I’m not in favor of abolishing the government. I just want to shrink it down to the size where we can drown it in the bathtub.”

–Grover Norquist, founder of Americans for Tax Reform, and promoter of the “Taxpayer Protection Pledge”

“The Federal Reserve Bank of New York in mid-2011 replaced virtually all of its roughly 40 examiners at JPMorgan Chase.

The staff turnover at the New York Fed happened over several months, and regulators made a concerted effort to retain knowledge of the bank’s activities, according to other people close to the New York Fed who were not authorized to speak publicly on the matter.

Even so, the current and former officials said the Fed examiners faced a daunting task, given that the bank has more than $2 trillion in assets.”

I’ll let you in on a secret:  when you’ve got 40 bank examiners overseeing a $2 trillion entity, no one’s regulating anything.

The examiners are pure window dressing, clueless and in the dark about what’s really happening, within (or more likely without) their purview.

My (Pre-Realtor) Life as a CPA

When I was a 20-something CPA auditing banks — my first “real” job after college in the mid-1980’s — there were 4 of us assigned to audit a $100 million Northern California bank (I even remember the bank’s name, “Tri-County Bancshares”).

If you do the math, that’s one auditor for every $25 million in assets, vs. one for every $50 billion at Citigroup.

Even then, the four of us were no match for the bank’s senior officers, who personally vouched for the quality of loans dominating the bank’s balance sheet.

Add four zeroes, and you effectively have contemporary Wall Street’s attitude as well.

Am I really suggesting that the Federal Reserve of New York should somehow dispatch 50,000(!) examiners — one for every $25 million in assets — to oversee $2 trillion behemoth Citigroup?

Instead, I am echoing the (increasingly loud) chorus of financial experts, taxpayers, and regular citizens calling for the break up of too-big-to-fail financial institutions.