Is the housing market doing better?

Has it fully recovered? 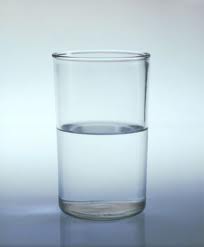 I base that not just on where home prices are now — off the bottom, but still well below their 2006 peak — but on the fact that lender-mediated sales (short sales and foreclosures) still make up roughly 25% of all home transactions nationally.

Glass Half Full?  Half Empty?

While that constitutes a huge improvement from 50% (or higher) two years ago, it’s a far cry from the number — call it under 5% — that would be consistent with a truly healthy market.

The single biggest factor that would aid the housing market from here is a stronger economy.

People who have jobs — or are even getting raises (imagine!) — typically don’t fall behind on their mortgage payments.

However, given that no one has a silver bullet solution to today’s economic malaise, the next-best step would be to help millions of homeowners with little or no equity refinance their mortgages at today’s rock bottom rates.

Of course, that was the logic behind such (largely ineffective) government programs as HAFA and HAMP.  See, “HAFA, HAMP, MHA . . . Huh??”

Those programs (rightly) targeted borrowers who were current on their payments, but whose homes had dropped so much in value that they were ineligible to refinance (no equity = no bank collateral = no new loan).

The idea was to give banks an incentive to deal with such borrowers, combined with government guaranties to protect lenders from losses on any new, refinanced loans.

The fatal flaw with such programs?

They relied on the cooperation of the same banks who helped create the mess — and often stood more to gain from milking distressed borrowers than helping them refinance.

So, President Obama, want to make the most of your second term, and earn the undying appreciation of millions of long-suffering American homeowners?

Launch Resolution Trust Corporation II (“RTC II”) to do for the housing market what the first RTC did in the wake of the S&L bust two decades ago.

Do that, and just watch delinquencies drop, foreclosures and short sales abate, and home prices continue their recovery.

*Contrary to Fed Chairman Ben Bernanke, I do not view ever-lower interest rates as a panacea for rejuvenating the housing market.