When to Give the Buyer More Time —
And When Not To

You got to know when to hold ’em, know when to fold ’em,
Know when to walk away and know when to run.
You never count your money when you’re sittin’ at the table.
There’ll be time enough for countin’ when the dealin’s done.

It’s something no Seller wants to contemplate, let alone deal with:  they’ve emptied 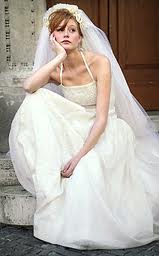 out their home in anticipation of closing, given notice on all their utilities, insurance, etc. . . and then receives word from the Buyer that they can’t close as scheduled.

Should the Seller give them more time?

As they say, it all depends.

Specifically, here’s what I am listening for as a listing agent (representing the Seller) in such a situation:

The first thing I want to hear is a clear, credible explanation for the delay (in the vast majority of cases, there’s some problem with the Buyer’s financing).

If the Buyer’s agent and loan officer are accessible, communicative, and seem to be “singing from the same page”, i.e., saying the same thing(s) — that weighs in favor of giving them more time.

Absent one or more of those . . . the Sellers is best-advised to cancel the deal, ASAP, and move on.

–How MUCH more time?

If the financing problem is trivial, a few extra days should be plenty.

However, if there’s a major glitch, and the delay is potentially open-ended — the Buyer can’t promise when they’ll be ready — that’s something else altogether.

The next most important consideration is other interest in the home.

At one extreme are homes that sold in multiple offers after being on the market only a short time.

Even if six to eight weeks have now passed, and some of those prospective Buyers have undoubtedly moved on, the odds are still decent that — if need be — the home could be quickly remarketed and sold for the same (or higher?) price.

Alternatively, if the home is more unique, took longer to sell, etc. that militates in favor of giving the current deal more time to work out.

Ditto if the home needs to be re-staged or otherwise extensively prepped to be ready for sale.

Part two of “opportunity cost” is, “when is all this occurring?”

Christmas week, no Seller is going to be eager to cancel a deal that may already be on the 2-yard line and go back to the other end of the field.

In March or April — at least in Minnesota — that consideration cuts the other way.

In addition to the foregoing, other variables include:  how generous (or skimpy) is the Buyer’s earnest money? (that’s what the Seller will presumably keep as liquidated damages); the relationship (if any) between the Buyer and Seller; and the Seller’s wherewithal to deal with aftermath of a busted deal (if they’ve already relocated to another city 1,000 miles away . . . it’s less).

While it’s not much consolation for Sellers facing such a predicament, the good news is two-fold:  a) delayed closings are very much the exception, not the norm; and b) when they occur, the problems are typically trivial and quickly resolved.