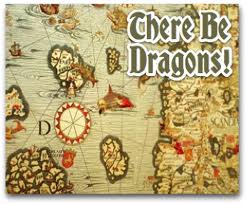 Pimco’s Mohamed El-Erian is to today’s financial establishment what Walter Cronkite was to the American mainstream, a generation (or two) ago:  an unofficial spokesman whose views distill and encapsulate the broad consensus.

So, his dispatches these days — including his latest, ‘Central Banks’ “Responsible Irresponsibility?”‘ — automatically command attention.

The Federal Reserve — and central bankers worldwide — have sailed into uncharted monetary waters . . . taking us along with them.

That, umm  .  . . tack is arguably better than doing nothing, but is untested, and raises the spectre of “collateral damage and unintended consequences.”

Hard to disagree with any of that.

What to do about those risks?

El-Erian only says that it would be wise to develop “contingency steps” to deal with them.