If you’re going to spend 5 minutes watching the markets today — personally, I can think of better uses of my time — the 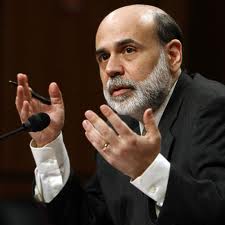 Buy the Rumor, Sell the News?

Just as with the earlier QE’s, the stock market has run up considerably in

advance of the formal announcement.

If Bernanke doesn’t actually announce QE III this afternoon — or its scope is less than the market is anticipating — the markets are likely to react negatively.

P.S.:  it’s not just stocks that have been rallying the last 4-6 weeks.  So have gold, oil, and other commodities.

Such a flight to hard assets is exactly what you’d expect from markets anticipating even more Fed-injected liquidity (translation:  printing money).