So, there appears to be a debate these days about whether the debut of Apple’s much-anticipated iPhone 5 can do what the 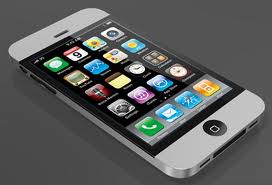 Federal Reserve cannot:  provide a genuine stimulus to the U.S. (if not) global economy.

Put me squarely in the “affirmative” camp.

That’s because cumulative iPhone sales could easily exceed 50 million units worldwide — at $300 (retail) per, that comes to a cool $15 billion.

And so on, and so on (a phenomenon known to economists as “the multiplier effect”).

But, that’s not even the main economic effect of the iPhone 5.

Its effect on Apple’s market cap.

From an enterprise value of $375 billion on January 1 this year, Apple’s value has now almost doubled, to about $700 billion, today.

The reason Apple’s stock has appreciated so much — in addition to market momentum, and Apple’s robust pipeline of other

products (iPad, iPod, iTunes, etc.) — is because of something called the “Price-Earnings” (PE) ratio investors assign to company earnings.

In Apple’s case, that number is about 15.

That means that each additional $1 of earnings Apple books results in a $15 bump in its market value.