Not Your Father’s Newspaper

Once upon a time, the Star Tribune Op-Ed page was a must-read forum where Twin Cities leaders aired and exchanged ideas (including a couple pieces contributed by yours truly).

As advertising migrated online and newspapers began their epic decline, 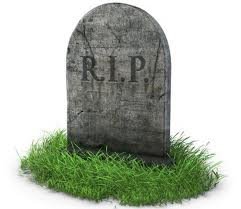 the Star Tribune Op-Ed page instead became a forum for recycled opinion pieces first published by The New York Times, The Wall Street Journal, and other leading national publications.

Sometimes with as much as a two-week lag (ouch!).

Even with that downward trajectory in mind, it was a shock to pick up today’s Star Trib Op-Ed page — from the flagship Sunday edition, no less — and find  . . . practically  nothing.

To be specific, a bland house editorial, a bunch of letters to the editor, and what looked like an article that got lost and wound up in the wrong section of the paper.

To be sure, other forums have popped up to take the Star Trib’s place; I’d hardly says there’s a vacuum of online content.

But, there’s a difference between “checking in” to Facebook–type social chatter, and chewing on big, challenging ideas.

And while industry-killer Google (“Don’t be evil”) and its ubiquitous search engine have contributed a great deal to modern culture — how’d you find this post, hmm?? — it has also taken away something that isn’t likely to be soon replaced.