Homes That Can’t Be Bought or Sold

“Sunk Cost“:  A cost that has already been incurred and thus cannot be recovered. A sunk cost differs from other, future costs that a business may face, such as inventory costs or R&D expenses, because it has already happened. Sunk costs are independent of any event that may occur in the future.

Indulge me for a second, and answer the following questions:

with all the bells and whistles — and $500,000 debt against it — or the same exact boat which is owned free and clear?

Finally, field this one:

Which is worth more, a 4 BR/3BA Contemporary with ocean views and a $1.5 million mortgage on it, or, an identical one that’s owned free and clear?

Ready for the answer?

In each case, the amount of debt secured 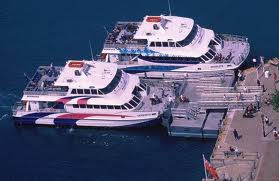 by an asset is irrelevant; the asset’s fair market value has nothing to do with the underlying debt.

To use a bit of economists’ jargon, the debt (mortgage) is a sunk cost.

Ahhh . . . but if the debt on a house is big enough — in fact, it exceeds the home’s fair market value by enough — the owner can’t sell because they can’t afford to bring a check to closing for the difference.

The way out of this mess is what’s called a “short sale,” whereby the bank(s) holding the mortgage(s) reduce the principal owed.

However, as any Realtor or underwater homeowner can tell you, the process is protracted, cumbersome — and successful only about 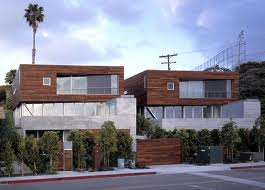 The rest of the time, the home ultimately proceeds to foreclosure.

Then, 6-9 months later (at least in Minnesota, longer elsewhere), it comes on the market as bank-owned property — typically at a deeply discounted price, and (much) worse for wear.

When commercial real estate owners take on too much debt, the lenders readily renegotiate terms rather than take an even bigger bath by foreclosing.

The fact that no such dynamic is at work in residential real estate explains quite a lot about today’s housing market.