Would That Be Product Un-Placement?

It’s disconcerting enough to see the (all too) realistic depiction of social breakdown, martial law, etc. that follow in the wake of a nightmarish global health epidemic.

However, when the one of the

cities so portrayed is Minneapolis . . . it’s almost literally a little too close to home.

If you didn’t know — and I’m not giving away anything by saying — “Contagion” traces the wildfire-like transmission of a deadly virus from Southeast Asia to various cities worldwide.

In fact, in one especially intense scene, authorities demand to know where an infected government worker is — Now! — and he responds that he’s “on a city bus near Lake and Lyndale.”

Minutes later, a cavalcade of emergency vehicles and health workers descend on the bus to quarantine the sick man — but it’s already too late.

How’s that for local flavor?

In another scene, the cavernous Minneapolis Armory (or a convincing facsimile of it) does double-duty as a potential triage center in the epidemic’s early stages (“This facility will work fine.  Now, find me three more just like it.”)

Thankfully, the scenes of a local grocery being looted 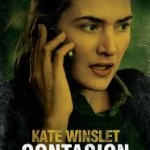 bore no telltale signs of a “Byerly’s” or “Rainbow.”

In fact, it’s the first Hollywood movie I can recall in years where nary a famous soft drink or cereal passed near a star’s lips.

Meanwhile, it was a relief that the abandoned, garbage-strewn suburban streets shown in the movie’s later stages looked generic, rather than recognizable as any actual, local Twin Cities neighborhoods (like, say, Linden Hills).

Perhaps the movie’s only real factual slip-up — at least concerning any non-medical details that I could verify — had to do with the population of each affected city.

So, San Francisco and Minneapolis’ populations were both given as about 3 million.

In fact, while the Twin Cities’ total population is 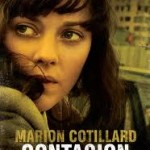 The equivalent numbers for San Francisco and the Bay Area are about 750,000 and 8 million, respectively.

Given how credible the movie seemed otherwise . . . that came as a relief.