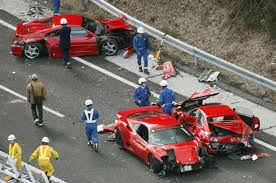 Does “financial repression” have a better ring to it than “market manipulation?”

If so, you’ll like this piece from today’s Wall Street Journal Op-Ed page:

However well-intentioned, the Federal Reserve’s continued purchase of long-term Treasury securities risks camouflaging the country’s true cost of capital. Private investors are crowded out of the market when the Fed shows up as a large and powerful bidder. As a result, the administration and Congress make tax and spending decisions — with huge implications for our standard of living — with heightened risks around future funding costs.

If you don’t have a financial background, let me translate:

Today’s interest rates are artificially low because the Federal Reserve is intervening in the bond market.  Instead of being lulled into a false sense of security by such low rates — and “taking advantage” of them to borrow even more — we should be undertaking structural reform and paring down government debt before market forces re-assert themselves and cause rates (and U.S. debt service) to explode.

P.S.:  in the long run — and sometimes even in the short and medium run — market forces always re-assert themselves.

Actually, I think I put it rather succinctly in this post:

The world financial crisis resulted from Wall Street recklessly speeding — and the government letting (encouraging?) it.

No surprise, the system crashed three years ago.

Now, instead of enforcing 55 mph speed limits (and throwing the reckless driver in jail), the Federal Reserve has opted to disconnect the speedometer before once again gunning the engine.