Chutz-pahâ€²:  killing your parents, then throwing yourself on the mercy of the court because you’re an orphan.

So, according to The Wall Street Journal, who’s to blame for the still-missing $1 billion of client funds at now-

Not the company’s senior management, led by CEO Jon Corzine, who ran the company.

Not MF Global’s board of directors, who appointed management and had the legal duty to oversee them.

Here’s The Journal’s take on the MF Global mess:

“At today’s hearing of the Senate Agriculture Committee, the head of the company’s principal regulator, the Commodities Futures Trading Commission (“CFTC”), will try to explain how his agency failed to provide the most basic protection for financial consumers.”

Blame lies with MF Global’s regulators, who should have stopped ’em from losing – or stealing — the $1 billion.

The foregoing analysis has it exactly backwards.

Here’s mine, in three, easy steps:

One.  Wall Street (led by Goldman Sachs) prevails on government to “butt out” of its affairs, trusting it to regulate itself. 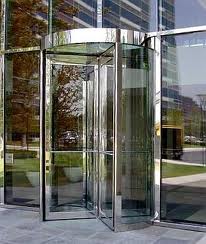 In that spirit, protective rules are weakened — or never written in the first place.

Two.  Concurrent to that frontal attack on government regulation, Wall Street conducts a backdoor campaign to co-opt senior politicians, lavishing campaign contributions on them, and sending forth armies of lobbyists to make sure any regulations that do make it through Congress are “industry-friendly.”

Just to make sure there will be lax enforcement of already-diluted regulations, Wall Street gets Congress to gut the budgets of agencies like the SEC and CFTC that oversee it.

Which leads to step #3:   Wall Street fosters a revolving door culture whereby its executives move back and forth between aforesaid government agencies, further blunting any impetus by the latter to police it.

So, it should be no great shock that the CFTC’s head, Gary Gensler, is a Goldman Sachs alum — as are dozens of current and former senior government regulators.

How’s that working out so far?

Answer:  for everyone save Wall Street . . . not so great.