Non-residents may think Minnesota only has one season:  winter. 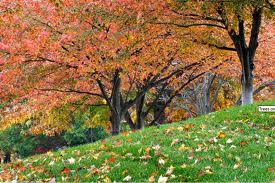 Locals sometimes joke that there are actually two:  winter and road construction (the same people suggest that Minnesota’s state bird is the mosquito).

However, in addition to marking the seasonal ebb and flow by the calendar and thermometer, I keep track two other ways:  1) light and dark; and 2) colors.

Is “Brown” Two Seasons or One?

So, in June, while the Twin Cities doesn’t quite rival the perpetually light Arctic Circle, locally the sun rises just after 5 a.m. and twilight lingers until almost 10 p.m.

Of course, on December 21, the reverse is true.

And then there’s color.

Here’s how I’d divide the year:

May through September:  Green
Part of October:  brilliant riot of Fall colors — at least if the leaves cooperate
Late October to December; late March to April:  Brown
December to late March:  White

That places us on the cusp of “Brown” at the moment.