No, I’m not going to weigh in on Michele Bachmann’s Presidential qualifications (at least not on this blog), or otherwise endorse — or pan — individual Presidential aspirants. 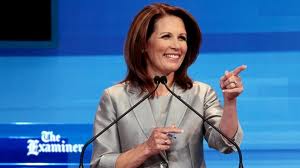 But I do have an observation regarding Michele Bachmann’s experience, which seems to be a big question mark on the heels of her Iowa Straw Poll triumph:

Mrs. Bachmann, whose straw poll victory led Mr. Pawlenty to drop out of the race and solidified her role as a leading contender here in Iowa, is seeking to expand her appeal and win over voters who admire her passion but remain unsure of her level of experience.

Which begs the question:  what kind of experience are people referring to?

She got reelected to Congress in 2010 by dint of a campaign that raised — and spent — more money than most Senate and Gubernatorial campaigns ($14 million).

By definition, anyone who runs for Congress in Minnesota with that kind of budget is an adept, national campaign fundraiser.

Meanwhile, she’s also an omnipresent media creature, who is extremely practiced in front of the camera (at least when she knows where to look).

Bachmann may not have the legislative chops people would prefer, but look at it this way:  that sure didn’t help Tim Pawlenty.

P.S.:  Her campaign certainly seems to have concluded that Champagne (or is that teal?) is her most flattering color.