One Size Doesn’t Fit All

While energy sources like sunlight and wind are free and naturally replenished, converting them into large quantities of electricity requires vast amounts of natural resources ” most notably, land.

My Midwesterner’s reaction to Bryce’s piece?

With all the debate about a national energy policy (or the current lack thereof), the implicit assumption is that there is a single, correct national policy. 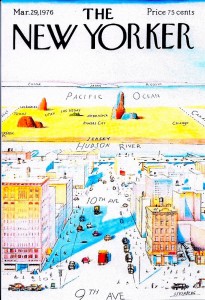 An offshoot of that “coast-centric” thinking is that energy solutions that aren’t feasible in one part of the country — say, California — don’t work in other parts of the country, either.

So it’s instructive that one of the key barriers to plentiful wind and solar energy on the populous coasts — vast amounts of land — is hardly a limitation in the wide-open Midwest.

In fact, plentiful land is one of the Midwest’s defining features (fly from the Twin Cities to any other big city and tell me otherwise).

Given that Minnesota practically sits on the doorstep of North Dakota, the so-called “Saudi Arabia of Wind,” making wind power one of the cornerstones of future Twin Cities energy sources would seem to be a no-brainer.