Want to know another reason why the mortgage interest deduction for homeowners is in jeopardy as never before?

It’s not just because the budget deficit is ballooning, prompting policymakers to look for novel ways to raise revenue (although that’s certainly true).

And it’s not because the philosophical case for the deduction — something that millions of homeowners have factored into their purchase decisions — has suddenly changed.

Rather, it’s because the most ardent defenders of the deduction — the nation’s one million-plus Realtors and their lobbying arm, the National Association of Realtors (“NAR”) — are financially weakened, crimping their lobbying effort(s).

In the wake of the Supreme Court’s decision in the “Citizens United” case, corporations essentially have carte blanche to spend unlimited funds lobbying Congress to pass the laws they want — and block the ones they don’t.

Which is fine for flush industries like investment banking and Wall Street.

So, incredibly, hedge fund managers making billions continue to pay 15% on their income — less than their secretaries and janitors  — because of a  tax loophole treating their compensation (“carried interest”) the same as capital gains.

Meanwhile, the real estate industry — reeling from the effects of the worst housing downturn since the 1930’s — is financially pinched, curtailing its ability to lobby just when issues crucial to the health of the housing market are being decided. 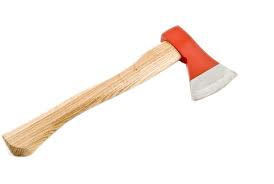 Since 2006, the number of Realtors has droppped by almost one-third nationally, and their aggregate income by almost 50% (due to the combined effect of fewer transactions and lower housing prices).

Fewer Realtors making less money means less funding for NAR’s lobbying arm; in fact, fewer than 8% of all Realtors now contribute to it.

With Congress in budget-chopping mode, the risk is that it will cut not what should be cut — but what can be.

It would be unfortunate if the mortgage interest deduction, a cornerstone of U.S. tax policy for more than 3/4 of a century and a bulwark supporting home prices, were a casualty of such a political environment.