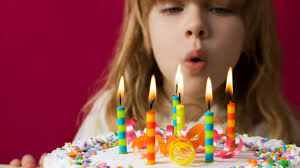 One. A large or lavish meal or social gathering (remember those, pre-pandemic??). “Sarah & Fred’s 50th anniversary party was an absolute blow out!”

Two. An event at which goods are sold at heavily discounted prices. Clothing store: “Our Halloween blowout sale has hundreds of items starting at under $10!!”

Three. A lopsided sports or political win: “Biden appears to be headed to a blow-out win over Trump.”

Five. Extinguish (verb): “The birthday girl gets to blow out the candles.”

Six. Temper tantrum; emotional upset: “He had an epic blowout when he got the lawyer’s bill.”

Seven. Bursting a container (such as a tire) by pressure on a weak spot. “He almost crashed after his tire blew out on the highway.”

Eight. An uncontrolled eruption of an oil or gas well. “The Deepwater Horizon blowout spewed millions of gallons of crude oil into the Gulf of Mexico.”

Nine. To make a conspicuous exit (slang): “Let’s blow out of this dump.”

Ten. Expel air from your lungs (verb). Doctor to patient: “Hold your breath for 10 seconds, then blow out as hard as you can into this device.”

Eleven. To damage severely: “She blew out her knee in the race.”

Twelve. Lose or exhaust its force. “The weatherman said this storm should blow itself out today.”