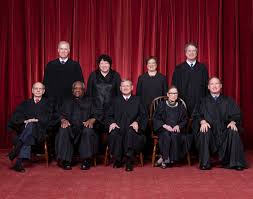 “We do not have Obama judges or Trump judges, Bush judges or Clinton judges,” Mr. Roberts said . “What we have is an extraordinary group of dedicated judges doing their level best to do equal right to those appearing before them.”

The most disturbing thing about the federal court decision made last night, directing Minnesota election officials to set aside mail-in ballots received after Election Day (November 3) 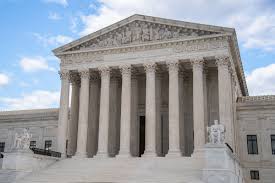 isn’t that it, in effect, retroactively accelerated the mail-in deadline to earlier this week (requiring voters to stand in line for hours is one thing, but expecting them to literally time-travel is entirely another).

Or that, as a result of the decision, up to 400,000 mail-in ballots may be invalidated, potentially disenfranchising that many Minnesotans.

It’s not even that the court’s ruling violates the long-established (“Originalist??”) principle of letting states decide how to conduct their elections, free from federal meddling or judicial interference (never mind “Bush v. Gore” in 2000).

No, what I found most chilling was this excerpt, buried in the local paper’s story discussing the decision:

By convention, members of Congress are identified by their home state and party affiliation.

So, Minnesota Senator Amy Klobuchar, a Democrat, is followed by the suffix “(D-MN),” while Senate Majority Leader Mitch McConnell, a Republican, is identified as “(R-KY).”

In other words, no more “Supreme Court Justice Clarence Thomas.”

Of course, any adjective preceding “judge” or suffix following it is noxious.

That applies equally to their political philosophy (“Liberal”; “Conservative”); country of family origin (witness then-candidate Trump’s despicable misrepresentation of federal judge Gonzalo Curiel as “Mexican” despite being born in Indiana); the judge’s religious beliefs; or anything else in their background other than their legal credentials and American citizenship. Period.

My fervent hope is that the U.S. Supreme Court is not ultimately called upon to determine the winner of next week’s Presidential election.

But if it is, a 6-3 partisan ruling handing the election to Donald Trump, no matter its reasoning, could very well be the nail in the Supreme Court’s coffin — and the notion of an independent judiciary generally.

P.S.: The (very faint) silver lining? No one knows that better than Chief Justice Roberts . . .

**My proposal: include the calendar day of Barrett’s confirmation: “Supreme Court Justice Amy Coney Barrett (Trump; 10/26/2020)” to remind Americans of the political context years from now (not that anyone will forget).

See also, “The Ultimate Impeachable Offense: A Commander-in-Chief Who Uses Their Office to Jeopardize U.S. Democracy and the Peaceful Transfer of Power“; and “The absurd legal theory conservative judges are using to restrict voting.”