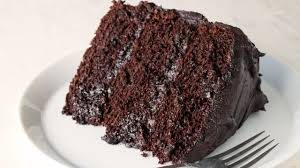 “That’s Rich” may not have the protean meanings of some other phrases, like “Shut Up!!” or “Hot Dog!”

But, it has more definitions than you might initially guess:

One. Caloric. “That chocolate cake sure is rich.”

Seven. Quintessential behavior for someone named Rich; often preceded with “just so”: “Bob didn’t have a ride to his doctor’s appointment, so Rich drove 20 miles roundtrip at 8 a.m. to take him. That’s just so Rich.”