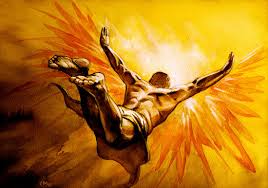 In all cases in which work is produced by the agency of heat, a quantity of heat is consumed which is proportional to the work done.”

“An overpriced, “For Sale” home depreciates in value faster than an appreciating housing market rises.”

It’s strictly anecdotal, but I’d guess that there’s more ” not less ” overpricing in a rising housing market than in a falling market.

Sellers hear that home prices are rising . . . and overdo it.

Result: their home sits, accumulating damaging market time, and not infrequently sells for less than what they would have gotten if they’d set a more realistic, initial asking price.

Of course, such Sellers also have to endure more showings, inconvenience, etc. in the interim.

That’s true even in a rising market.

The explanation is that an overpriced home sitting on the market depreciates faster than all but the most feverish housing markets rise.

The following example illustrates the point.

Annually, that translates into a 12% rate of depreciation.

By contrast, the Twin Cities housing market is up about 4% the last year.

P.S.: for those stumped by the graphic (above): it’s Icarus flying too close to the sun.