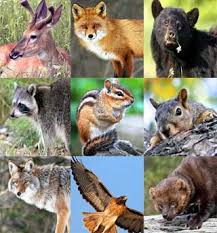 Consider the rather provocative question ” from a homeowner contemplating selling their home in a few years ” posed to The Ethicist, an advice column in The New York Times:

We live in a large house on a one-acre plot, and one-quarter of that is a wooded ravine, full of wildlife like deer, raccoons, the occasional woodchuck, possum or even fox ” and quite a few copperhead snakes. We have lived here for 45 years. I see one to three snakes a year. They are not aggressive, and you learn to take precautions. Nevertheless, I have been bitten, as have several neighbors.

We will have to sell in a few years. I am very worried about the snake problem.”

—-The Ethicist; The New York Times.

I don’t think there’s a Realtor alive, reading the above, who would say, “Nah, you don’t have to disclose anything about poisonous(!) snakes.”

However, there are better and worse ways to make prospective Buyers aware of the issue.

Dilute the problem ” or even try to put a positive spin on all the nearby wildlife ” using the Seller’s own words:

“Rural retreat!  Beautiful home on a bucolic one acre surrounded by wildlife including deer, raccoons, woodchucks, possum, snakes, and foxes.”

Notice that I shuffled the order just a teensy bit.

The above issue raises a broader question for prospective Sellers (and their agents, who ” at least in Minnesota ” have an independent duty to disclose any material facts that they’re aware of).

Namely, what belongs on the Seller Disclosure?

The formal answer: “any fact(s) about the home that would be deemed relevant to a reasonable Buyer” (note: it’s NOT what the Seller thinks is relevant).

Listing Agent: “I Would”

In practice, I’ve found that anything gnawing at the Seller ” like poisonous snakes lurking on the property, however shy ” should be disclosed.

Often times, the issue(s) come to light when the homeowner confesses a concern, then asks their agent (or The Ethicist 🙂) if they should correct and/or disclose it.

Here are some (other) illustrations of the principle:

Seller: “Do you think I should replace the rusty, leaking 35-year old water heater before I put my home on the market?
Listing Agent: “I would.”

Seller: “Do you think I should take down the peeling, polka dot wallpaper in the Family Room before I sell?
Listing Agent: “I would.”

**The one exception: the extremely, shall we say . . . fastidious Seller whose standards are so high that no Buyer would ever notice the difference.

See also, “What Should the Seller Disclose to the Buyer?”; “Bats in the Attic?  Not According to Seller“; “You Mean, the House ISN’T Haunted??  I’m Suing!”; and “Seller Liability for Ice Dams.“