Disclosure Standard: “To the Best of Seller’s Knowledge”

[Editor’s Note: if you’re tired of Halloween-themed posts . . . skip this.  Back to non-Halloween subject matter soon, promise.  The views expressed here are solely those of Ross Kaplan, and do not represent Edina Realty, Berkshire Hathaway, or any other entity referenced.]

Do a cursory search online for “animal control,” “bat removal,” or similar, and you’ll find at least a dozen Twin Cities contractors advertising their services. 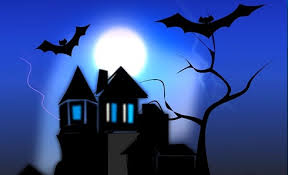 Meanwhile, something like 50,000 Twin Cities homes sell each year.

Even if bats inhabit less than 1% of Twin Cities homes, there should be at least a couple hundred area “For Sale” homes that have had them.

And yet, I’ve never once seen a prospective home seller disclose that.

And that includes “For Sale” homes where inspections done by my buying clients have found bat droppings in the attic or crawl space under the roof rafters.

One.  The threshold for disclosure on the Minnesota Seller’s Disclosure is “infestation.”

I’m not aware of any Minnesota statute or case law that defines “infestation,” but common sense suggests that 1-2 bats . . . isn’t.

Especially if the owner hired a professional contractor to deal with the problem and subsequently had no more issues**, I’d be comfortable with a listing client not mentioning it.

Two.  At least in Minnesota, Sellers only have to disclose what they know, or reasonably should know (in legalese, Sellers don’t have an affirmative duty to educate themselves).

So, a Seller who checks “no” on line 263. of the Minnesota Disclosure Statement isn’t representing that their house isn’t infested with animals, insects or pests.

Rather, they’re simply stating that they’re not aware of anything.

Of course, once a Buyer’s inspection discovers evidence that there are bats (or any other intruder), Sellers need to address the issue or risk losing a sale.

**Fortunately, getting rid of bats is relatively simple and cheap:  seal any and all small openings on the exterior of the home (I’ve heard contractors say an opening the diameter of a quarter is big enough for bats to get through).

I’ve also heard of contractors using one-way “doors” that let bats out, but don’t let them back in.