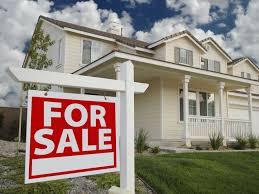 I always do a double take when The New York Times mentions Minneapolis in an article on housing.

So, let’s say that today’s article, “Buying a Home During a Pandemic” — which mentions not one but two Minneapolis homeowners — had my full attention.

The article’s author, Ron Lieber, sought to answer the question, “Should homeowners buy a home during today’s pandemic crisis?,” by revisiting Buyers who purchased during the throes of the last major downturn, in 2008.

Thumbs up, albeit for different reasons.

One couple who bought in South Minneapolis’ Windom neighborhood then is glad they did.

According to Lieber, they figure they’ve made $50k on the house — a foreclosure they purchased for $72,500 — while escaping the upward march of home prices and rents the last several years.

The second Minneapolis couple who bought in 2008 saw no appreciation; they actually sold for a loss in 2013.

The explanation: while home prices were rising then, they first dropped sharply between 2008 and 2011.

P.S.: Of course, if someone bought a home with little down, that subsequently declined substantially in price, they would owe more than the home was worth (a predicament known as “being underwater” or “upside down”).

If they couldn’t — or wouldn’t — make up the difference, they’d effectively be stuck in place.

See also, “Housing Winners & Losers . . . in EVERY Market”; and “Coronavirus and the Housing Market.”