“Sure, [today’s] stock market isn’t cheap by any rational standard. But if you want to see what an actual bubble is ” and the damage it leaves behind when it pops ” take a look at the latest iteration of the long-running deal under which Verizon is buying the operating businesses of Yahoo.”

The Washington Post’s Allan Sloan may very well be right that stock prices today are nowhere near as inflated as they were during the late ’90’s Internet bubble. 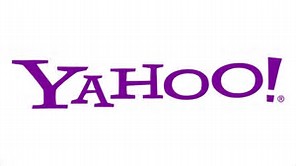 But, it’s not because Yahoo’s core business was valued at $108 a share in 1999, and only $5 today (what Verizon is paying for the company, after you back out Yahoo’s stake in Alibaba).

Rather, it’s got everything to do with Yahoo’s vastly different market profile almost two decades later.

From Market Leader to Roadkill

Back then, Yahoo was the preeminent Internet search company, being chased by a pack of lesser known rivals, including a 1 year-old upstart named Google (Google wasn’t even publicly traded until 2004).

Yahoo is an also-ran, and Google is the 1,200 pound gorilla of Internet search (and many other categories as well).

It reminds me of a (very bad) joke about researchers experimenting on a frog.

When they first tell the frog “Jump!,” it duly leaps 20 feet.

They then cut off a leg, and repeat the command.

They repeat this rather gruesome exercise twice more, with diminishing results each time.

Finally, they cut off the frog’s final leg, and yell “Jump!”

Whereupon the researchers note in their log, “frog is deaf.”