The Folly of Forecasting

–Financier JP Morgan, when asked what the stock market will do.

At least to me, forecasts by so-called experts invariably fall into one of three categories. 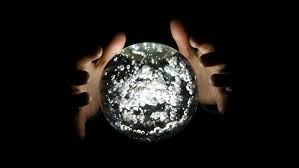 So, if housing prices nationally went up an average of 6% the previous three years, the safe call is that it will go up 5% – 7% the next year.

Not necessarily correct . . . but plausible.

Which leads directly to its opposite:

If everyone else foresees slow & steady, the way to stand apart — and grab headlines — is to boldly predict a boom.

Three. Covering all the bases (also known as, “throwing everything against the wall and seeing what sticks”).

Perhaps the best exemplar of this philosophy is Mad Money’s Jim Cramer, who makes so many stock picks that, statistically, at 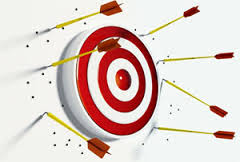 least a few are bound to be right.

Of course, this strategy is easier (if not less schizophrenic) to execute at the institutional level.

Exhibit A:  the legions of analysts at large Wall Street firms like Goldman Sachs, who, at any given time, conveniently seem to hold multiple, mutually exclusive views of stocks, bonds, interest rates, etc. (memo to customers:  be sure they’re not betting against you).

In the interest of humility, then, and to underscore the folly of predicting the future, I herewith announce my first annual “Year in Review:  “Top Ten” Surprises of [fill in the year].”

Without further adieu, here’s the 2016 list, offered with my heartfelt hope that nothing happens in December to change it (there’s been enough to absorb already):

Runners-up:  Zika virus; Summer Olympics in Brazil go off without a hitch; Venezuela disintegrates after a decade-plus of strongman rule (that’ll give you shivers); coastal cannabis (effective 2017, legal along the entire West Coast, plus Maine & Massachusetts); housing inventory gets even tighter; FBI director James Comey gets enmeshed in Hillary email imbroglio . . . twice.

Find me one prognosticator a year ago who got even three of these right . . .

P.S.: Sadly, the one easily foreseeable tragedy in 2016 was the growing humanitarian crisis in Syria.