What Happens After the Listing Contract Expires?

[Editor’s Note:  The views expressed here are solely those of Ross Kaplan, and do not represent Edina Realty, Berkshire Hathaway, or any other entity referenced.  If you need legal advice, please consult an attorney.]

“Seller does not have to pay Broker’s compensation if Seller signs another valid listing contract for this Property after the expiration of this Contract, under which Seller is obligated to compensate another licensed real estate broker.”

If this year is typical, more than 1,000 Twin Cities home sellers will be free of their listing agent in just over one month (and vice versa). 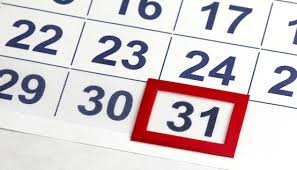 That’s because December 31 is — by far — the most common expiration date for listing contracts.

If the Seller is truly serious about selling, they typically move on to another agent.

They may already have one lined up (note:  Realtors can’t solicit under-contract Sellers . . . but can respond to overtures from them).

Meanwhile, the erstwhile listing agent moves on . . to other deals.

What does the homeowner owe their former agent, who failed to bring about a sale?

In the vast majority of cases, $0.

That’s the beauty (for Sellers) and hell (for agents) of a 100% commission business.

But, what if the Seller subsequently sells the home to a Buyer who viewed the home while the home was listed with their former agent?

Indeed, what if the prospect was on a protected list that the outgoing agent delivered to the Seller, as provided by the standard Minnesota listing contract?

No “Double Jeopardy” for Commissions

At least in my experience, that seldom comes up, for two reasons:

One. If the listing agent truly had an active, interested party, the Seller would have known — and likely signed a brief extension to allow things to play out.

Two. Alternatively, if the homeowner subsequently lists with another agent, the boilerplate listing contract states that the Seller does not have to pay agent #1 (technically, their Broker).

From a public policy perspective, it’s considered unwise to require home sellers to pay two commissions on the sale of the same home.

P.S.:  By contrast, an “exclusion” occurs at the beginning of the listing, when the Seller and agent agree that if a pre-identified Buyer purchases the home before it goes on the market, the owner does not owe the agent a commission.

As you might imagine, agents aren’t thrilled with that prospect — especially after they’ve invested precious time and resources preparing the home for sale.

They — we — typically limit that risk by insisting on both a time limit and a short list of exempted parties.