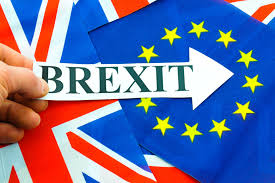 –Chinese leader Mao Tse-tung, when asked — in 1948(!) — about the historical significance of the French Revolution.

To accurately assess the potential effect of Brexit on the housing market, one must first identify and analyze the biggest variables.

Central banks’ playbook ever since Long-Term Capital Management imploded in 1998 has been to respond to systemic shocks by flooding markets with liquidity.  In addition, in the aftermath of a major shock, investors predictably flock to the (perceived) safety of government bonds, driving their price up and interest rates down (they move inversely).

Lower bond yields typically translate into lower mortgage rates, albeit with a lag.

Two.  A potentially weaker economy due to contracting global trade.

Long-term, the Brexit risks appear to predominate to the downside.