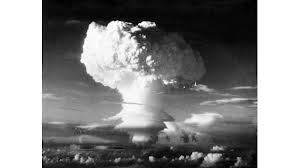 David Stockman:  ‘Get Out of the Markets & Hide Out in Cash’

“The United States is broke ” fiscally, morally, intellectually.  When the latest bubble pops, there will be nothing to stop the collapse.”

The scary prediction above comes courtesy of David Stockman, one-time Budget Director in Ronald Reagan’s administration, and prior to that wunderkind Michigan Congressman.

Since leaving government, Stockman moved onto the leveraged Buyout world (Mitt Romney’s stomping grounds), and most recently has launched a one-man Jeremiad railing against incipient (and not so incipient) rot in the body politic.

According to Stockman, the U.S. has reached the point of “end-stage metastasis”; his prescription for avoiding utter collapse — which even he concedes is so radical it has no chance of being implemented — calls for the following:

“It would necessitate a sweeping divorce of the state and the market economy. It would require a renunciation of crony capitalism and its first cousin: Keynesian economics in all its forms. The state would need to get out of the business of imperial hubris, economic uplift and social insurance and shift its focus to managing and financing an effective, affordable, means-tested safety net.

All this would require drastic deflation of the realm of politics and the abolition of incumbency itself, because the machinery of the state and the machinery of re-election have become conterminous. Prying them apart would entail sweeping constitutional surgery: amendments to give the president and members of Congress a single six-year term, with no re-election; providing 100 percent public financing for candidates; strictly limiting the duration of campaigns (say, to eight weeks); and prohibiting, for life, lobbying by anyone who has been on a legislative or executive payroll. It would also require overturning Citizens United and mandating that Congress pass a balanced budget, or face an automatic sequester of spending.

It would also require purging the corrosive financialization that has turned the economy into a giant casino since the 1970s. This would mean putting the great Wall Street banks out in the cold to compete as at-risk free enterprises, without access to cheap Fed loans or deposit insurance. Banks would be able to take deposits and make commercial loans, but be banned from trading, underwriting and money management in all its forms.

It would require, finally, benching the Fed’s central planners, and restoring the central bank’s original mission: to provide liquidity in times of crisis but never to buy government debt or try to micromanage the economy. Getting the Fed out of the financial markets is the only way to put free markets and genuine wealth creation back into capitalism.”

No matter what you think of Stockman or his analysis, you can’t say the guy pulls his punches.

Like Stockman, I believe that the U.S. system of Democratic Capitalism has gone dangerously off-course, and that fundamental reforms — many along the lines he suggests — are long overdue.

That said, I have two issues with Stockman’s piece:

One.  On a purely pragmatic level, simply liquidating all of one’s investments and heading for a bunker isn’t a very realistic option for most people.

And even Stockman would concede that, before financial assets crash, they may first go up.

In fact, anyone who heeded Stockman’s advice — which he’s been dispensing for quite some time — would be decidedly poorer for having gotten out of stocks ahead of their record surge.

Artificially concocted or not.

Two.  In the post-state, apocalyptic future Stockman envisions, it’s hard to see how the fiat currency he recommends holding is going to be worth anything.

(If you don’t know, “fiat” currency is backed only by the full faith and credit of the sovereign issuing it.)

In fact, about the only things that will be valuable in such a world are non-perishable foodstuffs and gold and silver coins — and presumably, the weapons to defend them.