Apparently, there’s a superstition — held by Native American Indians, the Amish, and some other cultures — that photographs steal a piece of your soul. 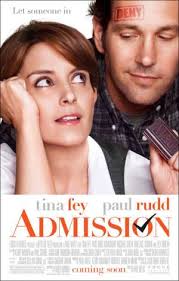 But, I do believe that when a young adult has their life — unformed as it may be — judged by a panel of strangers and found wanting, they are diminished, if only temporarily, and if only a little bit.

Unfortunately, that’s the soul-dinging experience of tens of thousands of high school seniors who now apply annually to elite Ivy League schools (only about 10% get into the most competitive ones).

That sting is just a little sharper to the extent that lots of these kids spent the previous few years (and not a little of their parents’ money) contorting themselves into precisely the kinds of applicants most likely to win acceptance.

Or at least, the kinds of applicants they thought the schools were looking for; the schools themselves are purposefully oblique.

So, these kids take the “right” courses at the “right” schools; get coached by high-priced consultants; take expensive prep courses for college entrance exams, etc. — not to mention padding their resumes with extra-curricular activities and various types of sound-good community service (apparently, inner city soup kitchens are now overrun with these types).

A tidal wave of look-alike applicants who are “extraordinary in all the usual ways.”

Memo to such kids and their parents:  Stop doing that! (just maybe not the soup kitchen volunteering part).

All this is nicely (and sympathetically) conveyed in “Admission,” a 2009 novel by Jean Hanff Korelitz that reads like a Tina Fey vehicle practically from page one (and not incidentally, is now Ms. Fey’s latest movie).

The good news for all those (over)striving, overstressed kids destined to be rejected is that Ivy League schools hardly have a monopoly offering what they and their parents putatively want:  access to a good education.

In the words of the story’s protagonist, Princeton admissions officer Liz Lemon (I mean, “Portia Nathan”):

“Not getting into an Ivy League school would be a catastrophe if [those schools] were the only places to get an education in this country.  They’re not.  The landscape of higher education is pretty fantastic right now.  All kinds of places are attracting great faculty and developing infrastructure.  And the students are of such a high caliber that they’re challenging the institutions to meet their needs.  It’s a great time to go to college, even at the state schools and those Harvard’s of the upper plains, and the little colleges that we never used to hear so much about.  We’ve got a real ‘lift all boats’ situation.”

Hey, is that a Carleton plug?? (“Harvard of the upper plains”).

Getting In vs. Paying For It

The only thing that that perspective leaves out is money (surprise, surprise).

Specifically, the most elite schools also happen to be the richest, and can effectively waive (soaring) tuition for anyone they want to matriculate (once the schools make their choices, the tables turn and the schools vie to make sure their admits select them).

As a consequence, at least for students from more modest backgrounds, a spot at Harvard or Stanford can mean graduating debt-free vs. owing $100k (or more).

Of course, it’s also the case that these schools’ deep pockets help them lure academic all-stars who are discovered and developed elsewhere, much like the New York Yankees inevitably seem to cherry-pick the rosters of smaller market teams (that would include the hometown Twins, who sometimes feel like one of the Yankees’ farm teams).

Still, it is heartening to hear no less than the author — in the book’s epilogue — concede that getting into an Ivy and succeeding in life may not be one and the same:

Consider self-confessed Princeton reject Tina Fey, who instead graduated from the University of Virginia.

P.S.:  My other favorite part of the book was the author’s dedication to her parents, “who have waited far too long to have a book dedicated to them, and who — as they would be the first to tell you — could not have cared less where I went to college.”