With Realtors starving for inventory in many U.S. housing markets at the moment — the Twin Cities very much included — it’s a logical, next step:  Realtors so eager to land listings that they “jump the gun,” and start marketing homes they haven’t been hired to sell yet. 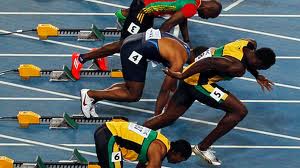 Where it gets slightly confusing is that there is more than one type of written authorization to market a property.

Amazingly enough, a “One-Time Showing Contract” is exactly what it sounds like:  a one-time agreement for a Realtor to show a property to a specific (and named) Buyer.

Even when more supply hits the market — which I anticipate will happen sooner rather than later — I expect the issue of “jumping the gun” to linger.

That is, letting motivated Buyers and Sellers find each other early in the process, before the home officially debuts on MLS.

That can serve Sellers’ interests, because they can skip the parade of showings and loss of privacy that comes with being on the market, especially the first few weeks.

And it can serve Buyers’ interests, who learn about upcoming new inventory first, before competition shows up.

So, guess who has the most sophisticated clearinghouse for pre-list networking in the Twin Cities?

Called “Network One,” it’s an online exchange where Edina Realty’s 2,000 local agents — and their clients — can get the scoop on upcoming, new listings.

Already popular, Network One was just enhanced for 2013.

See also, “Have a House/Need a House.“