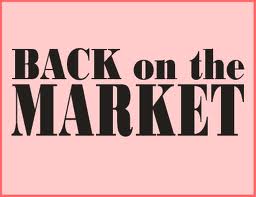 Sellers Who Are Still Too Far Ahead of the Market

With something like 2,000 Twin Cities homes temporarily off the market over the holidays, it’s a good bet that 1,500 or so homes will come back on the market the next few weeks.

Or are already back on the market.

Of those re-listed homes, how many will raise their asking price from last Fall?

After all, the news seems to be full of headlines confirming that home prices are now rising, and area Realtors are bemoaning the lack of inventory (supply).

Don’t those factors give Sellers leeway to price more aggressively?

If a home was on the market last Fall, was well-prepped and marketed, and still didn’t sell, it was very likely overpriced.

Some concrete numbers illustrate the issue.

In most Twin Cities neighborhoods, I’d peg appreciation since September at perhaps 3% – 4% — which translates into a very healthy 12% – 16% annually.

However, in my experience, a listed home that’s priced within 5% or so of fair market value usually attracts an offer (if not a deal).

Ergo, a home that sat last Fall was likely overpriced by at least that amount.

A (Not So) Hypothetical

What happens if that homeowner now decides to bump their asking price to, say, $214,900k?

They’re still ahead of the market, same as before.

Of course, every rule has exceptions.

In this case, I can think of two.

If the Seller remodeled a Bathroom, refinished hardwood floors, or otherwise brought up their home while it was off the market, they can justify a higher asking price when they re-list.

While the Twin Cities over all appreciated 3%-4% since last Fall, some neighborhoods went up substantially more.

If the trailing Comp’s indicate a much larger bump, a re-listing Seller has a green light to hike their price.