Casualty:  ‘Man of the Year’

Once upon a time — make that “Time” — the man of the year selections by print weeklies Time and Newsweek actually carried some heft. 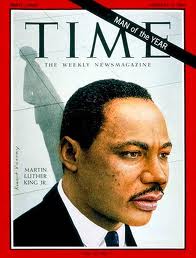 Now, with the imminent demise of Newsweek’s print issue, and Time’s version likely not far behind (proposed headline:  “Time Running Out?”), it seems . . . um, timely to ask:  are such selections anachronistic?

It sure seems that way.

The news cycle is now faster and virtually continuous (“24/7”); people today get their information online, not in print (forget about analysis).

Rather, at best we now occasionally have people of the moment (hour?).

The archetypes include:  “Sully” Sullenberger, the pilot who miraculously landed the US Air flight in the Hudson almost three years ago; and the athlete du jour whose clutch performance delivers the latest championship.

In truth, what modern culture really has is what I’ll call “Top Ten’ Everything”:  schools, colleges, grad schools, pre-schools, movies, cars, etc. — not to mention their fraternal twin, the ubiquitous “best” rankings.

As in, the best places to live, work, retire, raise a family, vacation, eat, bicycle, ski, be single, be married, be married with kids (see, “raise a family”) and virtually anything else human beings can possibly do.

Lots and lots of award shows.

Ditto for the MacArthur’s.