Instead, candidates should steal a page from McKinley’s playbook:  campaign from their front porch.

Thanks to modern technology such as Skype, video conferencing, and streaming, high-speed Internet, candidates can reach veritable millions without ever leaving home.

If the world is as parlous a place as all the candidates say it is, why on earth are they — the supposed elite of this country’s 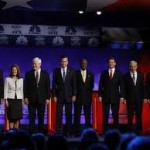 Instead of working to solve said problems.

The alternative to such a silly, dilatory (and corrupt) process?

Step #2:  Dedicate a big slice of the PUBLIC spectrum, temporarily, for all the serious candidates to be heard.  See, “Capitalists and (Political) Campaigns.” 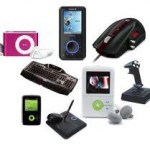 While a modern presidential campaign should be short, it shouldn’t be too short.

Just long enough to winnow out the Ross Perot’s and Herman Cain’s — political flashes-in-the-pan who didn’t hold up to extended scrutiny.

P.S.:  I suppose in the case of now-disgraced former Senator and Presidential candidate Jon Edwards, that would argue for a very long campaign, indeed (Edwards managed to hide an affair and out-of-wedlock child with his “videographer” for quite some time).

*The year McKinley famously campaigned for reelection from his Ohio front porch was 1900, not 1899.