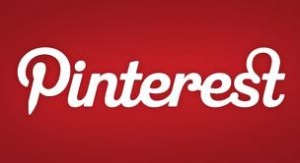 If you found yourself asking the latter of those two questions . . . you’re definitely not the target audience of Web start-up (and high tech rage du jour) “Pinterest.”

So, who is? (Pinterest’s target market, that is).

As best I can tell, it consists of “under 30-something’s” equipped with the latest mobile technology, disposable income, and time on their hands (“disposable time?”); and who are ready to pounce on new and innovative ways to use their iPhones, iPad’s, iPod’s, (Samsung) Galaxies, etc.

In other words, a huge and incredibly lucrative market that happens to be growing exponentially at the moment.

The company defines its app as an “online pinboard” that lets you “organize and share the things you love.”

I think of it as the Cliff’s Notes version of Facebook (hmm, might they be looking for another acquisition??).

Today’s hyper-accelerated product development cycle reminds me of Gandhi’s famous line about political revolution:  “First they ignore you, then they ridicule you, then they fight you, and then you win.”

Here’s my business equivalent:  “first, you’ve never heard of the company or its app; then, all your 25 year-old clients are suddenly using it, your friend’s kid is launching a start-up company piggybacking on it (true), and you can’t seem to escape it everywhere you look; finally, Google (or Facebook, or Apple) announces that they’re buying the company for a gazillion dollars.”