(And You Should, Too)

My job — and every other Realtor’s — would be a lot easier if Zillow simply didn’t exist. 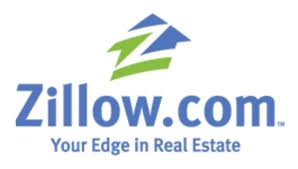 Notwithstanding its (inexplicable to me) popularity, information on Zillow is frequently wrong, dated — or both.

Oh, and one more thing:  Zillow’s margin of error for calculating home values — the “hook” that apparently attracts most visitors to its site — is so laughably broad as to be meaningless.

Make that, less than meaningless — as in, Realtors frequently have to un-do Zillow’s misinformation.

So, meeting prospective new clients, I’ll often need to break the bad news that their home is in fact likely worth 10% (or 25%) less than Zillow says it is.

That’s because Zillow either used the wrong Comp’s (“Comparable Sold Properties”) and/or made poor adjustments (how Realtors and Appraisers factor in differences between properties).

If in fact they even did those things; often, Zillow’s sales data appears to be drawn from (very stale) government tax data.

So, go ahead and ditch Zillow, and check out www.EdinaRealty.com instead.