In a post last month titled, “iCloudy,” I discussed one of the two main risks associated with transferring (and entrusting) your digital life to the iCloud. 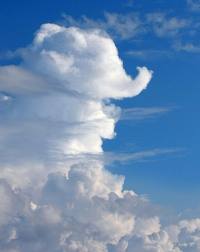 Namely, that it won’t work exactly as advertised.

Especially if you’re an independent contractor like me straddling multiple software platforms, learning to successfully synch all your devices  — at least in my experience — is a multi-step process, with many slips and falls along the way.

But, there’s another risk associated with the iCloud that’s at least as worrisome:  that it works too well.

So, Craig Forman relates uploading a monstrously large Ikea catalog app to a family iPad — then getting socked virtually overnight with $1,200 in data charges when the iCloud spontaneously sought to essentially share that app amongst all his devices.   See, “I’ve Got That Syncing Feeling,” The Wall Street Journal.

For better or worse, there’s no going back (don’t worry, Steve Jobs, wherever you are).

But that doesn’t mean the path forward isn’t a little bumpier than initially advertised.

Next post:  the third risk associated with the iCloud.