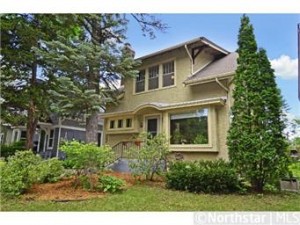 Like every home I’ve ever shown, this 1917 stucco two-story five doors west of Lake Calhoun in Minneapolis was a mix of pro’s and con’s.

First, the con’s:  a dated Kitchen and two dated Baths, old windows, somewhat wavy hardwood floors, and a backyard — at least what there was of it — that backed up to a thicket of apartment towers just to the north. 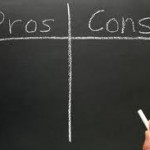 If anyone needed a further clue about the location, according to Hennepin County tax records, the land alone was worth more than half the $400,000 asking price.

Apparently, the market decided that the lake premium outweighed the neighboring apartments discount:  the home sold after just 10 days at $400k (it had originally listed for $495k).

It’s now “Pending” on MLS, with a scheduled close date of Sept. 27.