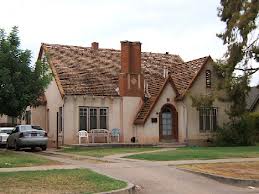 When you pull up in front of a “For Sale” home with a visibly worn-out roof, what goes through Buyers’ — and Buyers’ agents’ — minds?

â€¢“I wonder what other major, capital repairs are waiting for the next owner?”

â€¢“If the owner/seller couldn’t keep up with major items like a shot roof, how many smaller, discretionary items have they fallen behind on?”

Put another way:  how often do you see a home with a major deferred maintenance issue that’s otherwise in pristine condition?

â€¢“Does the Seller’s Disclosure say anything about the roof being past its useful life?  Being sold “as is?”

If not, what other issues is the Seller aware of that they’re not ‘fessing to?

Alternatively, if they’re genuinely clueless about a worn-out roof, how well do they really know the home they’re living in??

I wouldn’t go so far as saying that it’s a fatal error to try to sell a home while in denial about a bad roof.

If the price is (otherwise) low enough, or the neighborhood hot enough, the market will look past that.

But, it’s very likely that:  a) in the end, the owner will end up either forking out for a new roof — or discounting the sales price by at least that amount: and b) the home’s ultimate selling price will be lower if the owner replaces the roof after the home comes on the market rather than before, due to general Buyer skepticism, negative associations, etc.

As the car mechanic in an old TV commercial (for auto filters) intoned matter-of-factly, “you can pay me now . . . or you can pay me later.”

P.S.:  At least when it comes to roofs, MLS could help things by requiring more specificity; now, the input field for “roof age” is a binary “older/newer than 8 years.”

Most owners of newer roofs know exactly when they were installed.

Conversely, if the owner doesn’t know (or can’t remember) . . . it’s probably been awhile.