So, The New York Times has finally weighed in on the “Has 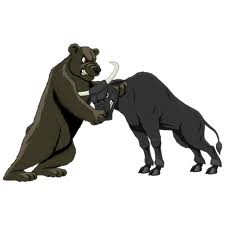 Housing Bottomed?” debate, casting its vote on the side of the bulls.

Joe Niece, a real estate agent in the Minneapolis suburb of Eden Prairie, said he recently concluded a streak of 13 consecutive bidding wars over homes that his clients wanted to buy. Each sold above the asking price.

“I just had a home that wasn’t supposed to go on the market for two weeks sold before it even went on the market,” Mr. Niece said. “It’s definitely a lot different than what we saw” during the last few summers.

Is The Times right?  (and — perish the thought — could they even be a contrary indicator?)

Regular readers of this blog already know what I think.

What I actually found even more interesting, though, was the article’s explanation of how shadow inventory — specifically, potential bank foreclosures — and a strengthening housing market can coexist:

“The rise in prices is happening despite the vast number of vacant houses awaiting buyers, up to two million more than the normal level, with several million more houses still at risk of being foreclosed.

But this “shadow inventory” is not distributed uniformly . . . within metropolitan areas, the vacant houses are clustered in less desirable neighborhoods, while buyers are seeking homes in areas where there are few vacancies.

Under these circumstances, it is possible for us to see both house price increases and excess housing supply at the same time.”

My responses, in order?