From “Super-Low” to “Outrageously, Absurdly Low”

Wait a second — haven’t mortgage rates been, like, dirt cheap since . . . forever?

And haven’t interest rates paid on savings been infinitesimal for practically just as long?

But, as a result of further 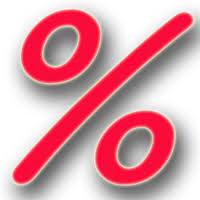 Euro zone deterioration last week — and the resulting flight to quality/safety — interest rates have just gone from super-low to all-time, beyond ridiculously low.

How Low is Low?

Given how massive debt markets are, and how tiny the changes usually are, that would be like the stock market soaring 1,000 points (when interest rates go down, bond prices go up).

And it’s not just U.S. debt that fell through the floor; Germany’s ten-year notes now pay 1%, and Switzerland’s even less (Japan’s yields have already been microscopic for years).

Which begs the inevitable question:  what effect will that have on housing?

Before I answer that (or try to), first a caveat:  I don’t know.

And neither does anyone else with a smidgen of financial sophistication and credibility.

Instead, the best I can do is parse the positives and negatives as I see them.

Since most home Buyers borrow to buy a home (as much as 97.5% on an FHA loan), a dramatic drop in interest rates means that they can borrow more money for the same monthly payment — or borrow the same, and pay significantly less.

The chief negative:  the reason why rates are dropping.

Besides Euro zone turmoil and the growing threat of contagion, the other big development last week was an especially disappointing U.S. employment report.

In turn, that raises the spectre of a slowing economy or even recession, which means more anxiety about jobs, income, etc. — and less confident consumers.

Which factor will predominate?