Duty to Disclose, Duty to Update

If you’re not actively in the housing market, the following subject ain’t for you.

So, read on at your own peril. 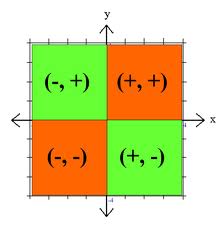 One of the most important-yet-subtle obligations in residential real estate is the duty to disclose:  by whom, to whom, when, and what.

Step 2:  when must a disclosure be updated?

At one extreme is the Seller’s Property Disclosure.

Not only is the duty to disclose ongoing, but the Seller’s Realtor has an independent obligation to disclose anything that they know.  (Practice tip:  if the home has a major defect that the Seller won’t disclose, you’re better off resigning the listing — or never accepting it.)

So, at least in Minnesota, the Seller must sign the form twice:  first when they list their home, and again at the time the Purchase Agreement is signed, directly below this clause:

“As of the date below, I/we, the Seller(s) of the property, state that the material facts are the same, except for changes as indicated below.”

In fact, the Seller’s duty to update their disclosure continues through closing.

At the other extreme, Sellers who have received multiple offers have discretion about whether to tell prospective Buyers that that’s the case.

Edina Realty’s default position is that, unless the listing agent is 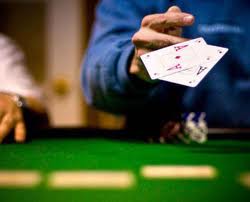 given explicit instructions to the contrary, they will disclose that there are multiple offers on a property.

That’s usually in Sellers’ best interests, because the more competition for a given property, the higher the price.

However . . . at least some Buyers do not want to participate in multiple offers, and will drop out — or at least wait on the sidelines — once they find out there is competition.

Which raises the rather interesting question:  if there were multiple offers, then one (or more) Buyers drop out, does the listing agent tell the remaining Buyers’ agents?

I know that my colleagues disagree on whether a listing agent has an affirmative duty to volunteer that info.

But I believe there’s at least a consensus that, if a Buyer’s agent asks point-blank if there are still multiple offers, you answer truthfully.

That’s the safe course not just because Realtor ethics proscribe lying, but because it’s the best way to do business.

Note, though, that that puts the onus on the Buyer’s agent to (re)ask the question.

Which leaves special situations like whether someone has died in the home.

Minnesota’s disclosure rules have repeatedly shifted on this (and no doubt will again), but they currently state that Sellers are obliged to tell prospective Buyers if there’s been a violent death in the home, but not one due to suicide or natural causes.

As a listing agent, I actually advise my selling clients to go beyond that standard; my rationale is, if the neighbors all know something, the Buyer will eventually know, too — in which case it’s better to hear it first, from the Seller.

But, how and when is a matter of tact and discretion.

It’s one thing to tell a serious Buyer privately, in the course of negotiations.

It’s something altogether different to put such information out there publicly and indiscriminately — for example, on a marketing flyer.

Only that last category doesn’t apply to real estate disclosure:  if you don’t have to disclose something initially . . . you don’t have a duty to update it.