“Wagner’s music is better than it sounds.”

“Ambulatory” is one of those words that sounds worse than it really is.

You’d think that a person 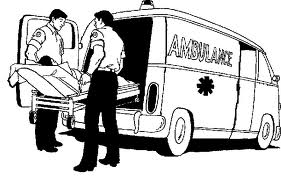 who’s “ambulatory” would be on their way to the hospital in an ambulance.

In fact, it actually means that they’re up and walking around.

That would be me, today.

Except in my case, I feel worse than I (apparently) look.

Makes it hard to get sympathy that way . . .