What turned Microsoft from the preeminent company of the early Internet era (circa 1999) to a company that is now eclipsed by such juggernauts as Google, Apple, and even Amazon.com? 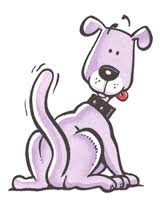 Another theory is that the government’s decade-long antitrust lawsuit preoccupied and ultimately tamed it.

But I have a third theory as to what caused Microsoft to be an Internet and PC industry also-ran (albeit a still hugely profitable one):   the collapse in PC (hardware) prices squeezed its pricing power.

PC’s Prices — Then and Now

Today, when a basic PC can cost just hundreds of dollars, $250 for operating software is a “no go”; in fact, Microsoft now appears to collect barely half of that per machine.

What’s any of this got to do with the housing market?

With interest rates continuing their swan dive while property taxes stay flat or even rise, the latter make up an increasing percentage of homeowners’ total housing cost.

Meanwhile, thanks to steadily dropping interest rates, principal and interest payments on such a home could easily be less than $20,000 (assuming the owner put down 20%, and is financing $400k).

Warren Buffett famously observed that “you don’t know who’s been swimming naked until the tide goes out.”

Today, in many Twin Cities municipalities, they conspicuously do.