Want an indication of just how 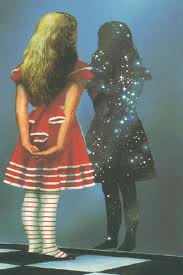 In an auction Monday, Germany sold â‚¬3.9 billion ($4.96 billion) of six-month bills that had an average yield of negative 0.0122%, the first time on record that yields at a German debt auction moved into negative territory.

Shell-shocked investors desperate for a safe harbor are actually willing to pay governments — at least ones presumed to be solvent — a nominal fee to hold their money.

Mattresses have never looked so good . . .

P.S.:  On the theory that whatever investors most expect is least likely to happen, here’s a whopper of a contrarian prediction:  U.S. Treasuries will have another stellar year in 2012, thanks to even more infinitesimal interest rates.

Of course, this time last year, no one thought that was possible — rates were already in the toilet — and yet U.S. Treasuries returned something like 30% in 2011!