Wanna Bet I’m Not the Only One?

The number of people whose thoughts about the business and investing world I consistently and truly enjoy makes up a very short list; it includes Michael Lewis, Warren Buffett, Thomas Wolfe (when he writes about the subject), Matt Taibbi (ditto), Barry Ritholtz (when he’s not in rant mode and bothers to spellcheck), and Jeremy Grantham.

In fact, I so enjoy Grantham’s 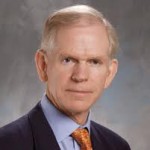 musings that I start looking for his quarterly reports the third week or so following the end of each fiscal quarter (April 21, July 21, Oct. 21), and for his annual overview right about . . . now.

His Q3 2011 report was uncharacteristically late; now, his 2012 overview is overdue as well.

Here’s hoping it’s just a combination of the usual, fitful creative process plus client demands, not Grantham slowing down (the man is 72 years old).

It also almost exactly called the stock market’s post-crash bottom — something I’m sure even Grantham would ascribe to dumb luck.

Meanwhile, I can think of dozens of talking heads who claim to have called the bottom, but did nothing of the sort (or, like Jim Cramer, they made so many market calls some of them had to be right just as a matter of pure statistics).