Adding Fuel to the Fire — Then Buying Fire Insurance

According to Margin Call — the most recent movie to tackle the Wall Street-authored financial bust — the honchos running the nation’s biggest investment banks realized too late that the market for mortgage-backed securities was going to collapse.

So, literally overnight, they did a 180, dumping their holdings on unsuspecting investors, and saving their firms’ capital — and their own skins — to fight another day.

How close is that to what actually happened?

As it turns out, not very.

For one thing, the firms’ existential crisis unfolded over a period of years, not in a knife-edge 36 hour period, as Hollywood would have it (the latter admittedly makes for a much better story — and movie).

For another, when leading Wall Street firms became convinced of the coming conflagration — a conflagration they created and hugely profited from — they didn’t just move to limit their exposure.

They positioned themselves to cash in.

So, instead of alerting the fire department, Wall Street added fuel to the flames, by creating designed-to-fail securities that it sold to investors — and simultaneously bet against.

Instead of helping the authorities clear the neighborhood(s) most directly in harm’s way, it bought insurance policies that paid off when those securities — er, properties — inevitably burnt down.

And when the insurer (AIG) went bust and couldn’t make good on those policies, it got the U.S. government — which means taxpayers, which means everybody else — to make them whole.

Aside from that, I liked the movie. 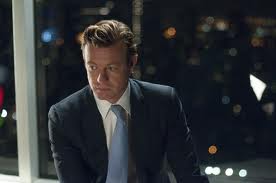 P.S.:  Some actors use their facial expressions to convey emotion; Zachary Quinto — who plays the rocket scientist whose financial model spots the looming disaster — uses his eyebrows.

He and Martin Scorsese have the two most prominent sets of eyebrows I’ve ever seen.

And if Hollywood ever needs someone to play Jamie Dimon — top dog at JPMorgan Chase — Simon Baker (also in the movie, above) is a dead ringer.