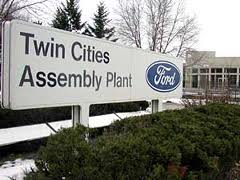 What are the prospects for (re)developing the now-mothballed St. Paul Ford plant?

How long will it take?

The best way to answer those questions is to look at what’s happened previously to idled auto plants elsewhere in the country:

“Shuttered auto plants have been a surprising beneficiary of the gloomy economy, with developers buying as many closed plants over the last three years as during the previous 26, according to the first comprehensive study of plants closed by American automakers since 1979.

Over all, nearly half of the 263 plants that automakers have closed in the United States have been revived in some form, according to the study.

The study was commissioned by the Labor Department’s Office of Recovery for Auto Communities and Workers.

According to  Jay Williams, executive director of the office, “not all the vacant auto plants are going to be repurposed.  Not every community is going to find a pot of gold at the end of this pathway.”

So, what are the factors that cause one idled plant to be developed, while another languishes, forlorn and neglected?

They include the location and economic vibrancy (or not) of the surrounding area — California coastline, yes; Flint, Michigan . . . good luck.

Also important:  such things as “regional cooperation, government financing or incentives, and close proximity to mass transit and other transportation infrastructure.” Although the article omits any mention of this, you’d certainly guess that the environmental status of each site is another critical variable.

So, if a site needs clean-up, figuring out what needs to be done — and who pays — at the very least lengthens the redevelopment timeline.

The size of the idled plant, number of buildings, and surrounding acreage are yet another variable.

According to the study, breaking up a big parcel into smaller units increases the number of prospective tenants, and can hasten the development timeline.

Put all the foregoing into a blender, and how is the St. Paul Ford plant likely to fare?

At 136 acres, the site is not overwhelmingly big.

Its location on the Mississippi River in St. Paul’s Highland Park neighborhood is ideal (the plant comes with its own hydroelectric power).

And the Twin Cities economy is one of the healthiest in the country.

Bottom line:  there should be a long line of developers interested in tackling such a project.

P.S.:  Which is not to say that redevelopment will restore all the lost jobs.

According to the study, redeveloped auto plant sites at best replace 10% – 20% of the lost auto manufacturing jobs — or in the case of the St. Paul Ford plant, producing Ranger pickup’s.