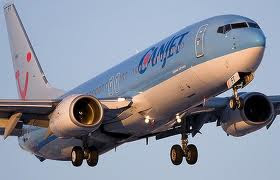 Looking for the New Volcker’s

Regular readers of this blog know that I could hardly be a harsher critic of modern-day Wall Street: its practices; its obscene pay for little or no economic contribution (“Wall Street is Worthless“); and its corrupting influence on our government and society generally.
And I’ve got plenty of company.
As the fog lifts on the cause(s) of The Crash of ’08, more and more people — dare I say a consensus — now share that viewpoint.
But as the “Wall Street-as-culprit” narrative gains traction, it logically begs the (entirely fair) question: “So, what do you do now?”
Next Steps
My answer is to go back to the airplane metaphor in “Wall Street’s Uncontained Failure.“
When trying to save a hijacked plane, however badly disabled, the first order of business is always to . . . replace the pilots.
Only once that’s done, do you turn your attention to the altimeter, air speed, flap settings, etc.
And only once the plane has been stabilized do you turn your attention to longer term tasks like redesigning the defective engine(s) that just exploded.
Volcker 2.0
So, my starting point would be to look for the next Paul Volcker — ideally, lots of them.
That is, people who are very bright (but by no means brilliant), honest, public-spirited, etc.
Plus two more things: 1) they’re not tied to Wall Street (“Bye, bye, Tim Geithner, et al“); and 2) they’re financially sophisticated — but not too.
Fidelity Magellan guru Peter Lynch famously advised investors to put their money in businesses that “any idiot can run — because sooner or later, any idiot is probably going to run them.”
The next generation of Paul Volcker’s will intuitively understand the government equivalent, and oversee financial reforms simple enough that they can be implemented and enforced without Wall Street “expertise.”
And exactly who will find and appoint these new, enlightened financial stewards?
Try, elected officials whose campaign money didn’t come from Wall Street.
P.S.: One more example of how some problems don’t yield to direct solutions, especially when they’re symptoms of a bigger problem: my notoriously unreliable garage overhead light — a real headache when it gets dark before 5 p.m., as it does in Minnesota this time of year.
Over the last few years, I have experimented with every type of bulb there is, including “industrial” bulbs that have more durable filaments.
Result? A little extra use, perhaps, but no long term solution.
Then, this Fall, my garage door opener finally breathed its last, and needed replacing.
The new one is whisper-quiet and vibration-free — and doesn’t eat light bulbs.
0Shares